What is Early Relational Trauma? 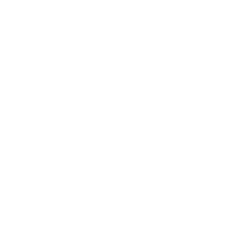 As the most recent Australian Early Development Census indicates, 1 in 5 young children start school from a position of developmental vulnerability on at least one key developmental domain.

Among the determinants of social and emotional development, family trauma and related disturbances of early care in the neonatal
through pre-school period rank highly.

Developmental trauma may involve directly traumatic experiences including maltreatment, neglect or other distortions of emotional care which have in common the infant’s experience of high levels of anxiety and fear, which in turn delay or distort core developmental processes (Scarborough, Christopher, & Barth, 2009).

The specific developmental needs in this period render the infant extremely sensitive to factors that distort or disturb a parent’s caregiving responsiveness, including parent/s’ own unresolved trauma experiences (Newman, 2012), resulting in neglectful and anxiety producing interactions. Even at low frequencies, physical aggression against mother by her partner, especially during pregnancy, is one likely tipping point into developmental trauma, contributing significantly to offspring attachment insecurity, above and beyond that accounted for by marital conflict (Levendosky, Bogat, et al 2011; McIntosh, Tan & Levendosky 2019).

The common umbrella for all forms of trauma occurring for infant and/or caregiver in the early developmental years is its relational nature.

Relational traumas of all kinds – namely anything that distorts or ruptures the ongoing care-giving responsiveness of the parent – exposes the infant or young child to repeated or unpredictable threat or overwhelming fear, during the most formative months and years of immune, cardio-vascular, and neuro-biological development (Glaser, 2000). Both the witnessing of frightening events, and being cared for by a frightening and/or frightened caregiver pose significant and enduring developmental risks within this fragile developmental ecology (Levendosky, Bogat, Huth-Bocks, Rosenblum, & von Eye, 2011).

Key to response is effective recognition of trauma symptoms in parent and/or infant (McIntosh, 2008) supported by validated frameworks of screening and response (McIntosh, Wells, & Lee, 2016).

The healing mirror to relational trauma, and the prevention of further risk is relational repair…